Uma has written over twenty five books. She is a Astrid Lindgren Memorial Award nominee, 2020 and 2021. Her books have been translated into eleven languages. Threads of Peace, one of her most recent books, is a middle-grade non-fiction title. It received Kirkus starred review and a Booklist starred review. 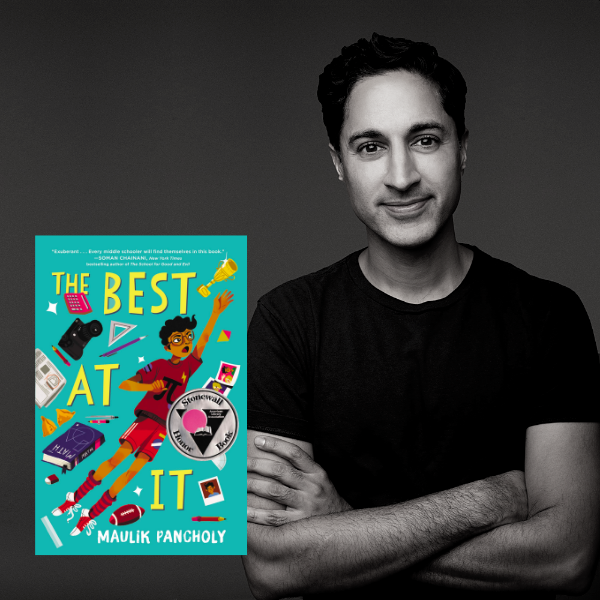 ‘The Best ait It’ is Maulik’s debut Novel. He is an award-winning actor, best known for his roles as Jonathan on 30 Rock, Baljeet Tjinder in Phineas and Ferb, Neal in the first season of Whitney, and as Sanjay Patel in both Weeds and Sanjay and Craig.

Kwame is a New York Times Bestselling Author. Tristan Strong Punches a Hole in the Sky is his debut novel and it won a Coretta Scott King Author Honor. He edited the #1 New York Times bestselling anthology Black Boy Joy.

Padma is an award-winning author whose books have been featured on numerous best books lists. Her books have received over 20 starred reviews and won multiple awards including a SCBWI Golden Kite Award. Born Behind Bars is her new release which has recived a Kirkus starred review, Booklist starred review and SLJ starred review.

Rajiv Eipe is a renowned illustrator who won the 2020 Big Little Book Award. C.G. is a best-selling author of numerous picture books. Maithili and the Minotaur is his new graphic novel which has been received well.

Patrice’s first book for young adults, Orangeboy, was shortlisted for the Costa Children’s Book Award and won the Bookseller YA Prize and Waterstone’s Prize for Older Children’s Fiction. She was nominated for the Carnegie Medal twice.

Remy Lai writes and draws stories for kids. She lives in Brisbane, Australia, where she can often be found exploring the woods near her home with her two dogs, Poop-Roller and Bossy Boots. Winner of the Sid Fleischman Award for Humor/ A New York Public Library Best Book of the Year/ An NPR Best Book […]

Holly is a popular author who previously worked in cinema and advertising. Her novel Counting by the 7s was one of the best middle grade novels of the year. Elephant in the Room is a humorous, heartwarming and enlightening tale about family separation and the connection between humans and animals.

Lynda Mullaly Hunt is the author of New York Times bestseller Fish in a Tree, as well as One for the Murphys, which is on thirty-one state award lists. She’s a former teacher, and holds writers retreats for the Society of Children’s Book Writers and Illustrators. She lives in Connecticut with her husband, two children, […]